Billboards come in a variety of shapes and types.  Those shapes and types have a great deal of impact on the revenues produced for the billboard owner, and to billboards landlords savvy in their site lease negotiations. 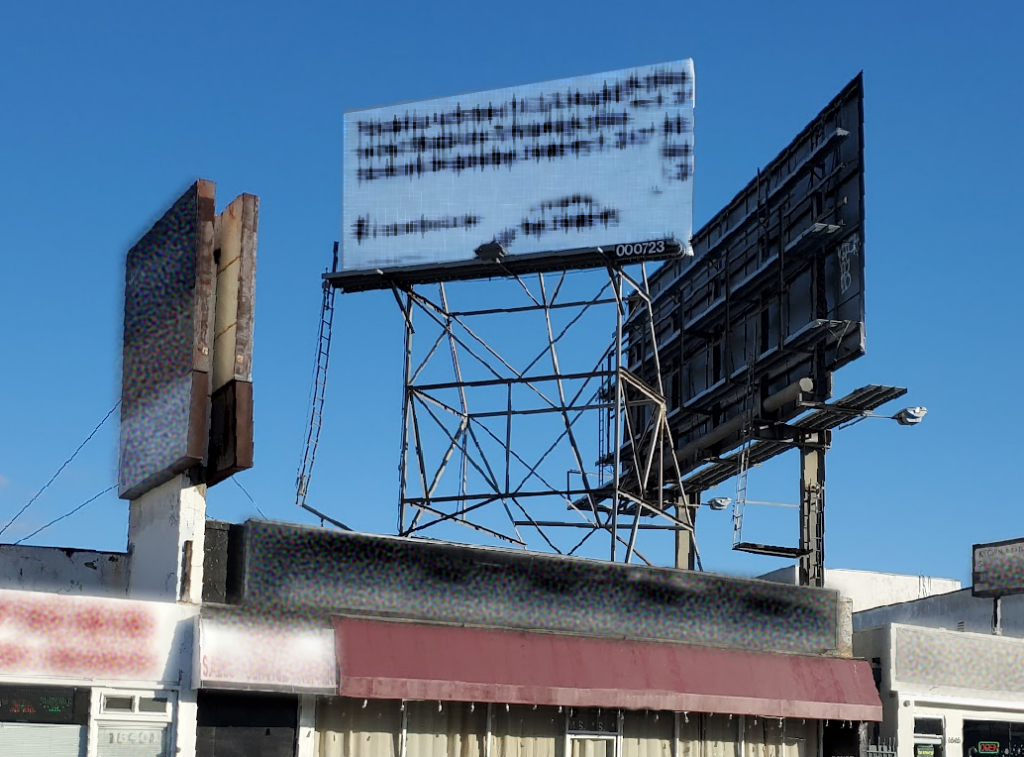 Another very popular (and much more profitable) type of billboard is the Digital Billboard.

Digital billboards display multiple ads on a large computer-controlled light emitting diode (LED) screen, one at a time, in something like a flip-card configuration. Some of the values of a digital billboard include the ‘live’ nature of the ad, the brightness of the add, and the ability to quickly deploy new and updated ads by remotely reprogramming the billboard display screen.

Not big enough for you?

How about a class of digital billboards called “Giants”.   There’s one in Downtown Los Angeles at the building known as The Reef:

This Giant is weights in at over 40,000 square feet of screen space.  It has three separate sign faces, each one measuring 55 feet high and 736 feet wide!  Yeah, it’s a Giant.